This is the plot that was planted in 2020 thanks to the micro-financing project “Plant a vine in Barcelona” through the Goteo platform. This vineyard is grafted with the Xarel·lo variety and the first harvest will be in 2023.

L’Olivera has begun, this July, the work of grafting one of the Can Calopa estates, in the Collserola park in Barcelona with the aim of producing a white estate wine under the “Vinyes de Barcelona” brand which currently already produces a red wine. It is a 0.4-hectare plot that was replanted in 2020, a project that was made possible thanks to the contribution of more than 200 people who participated in the crowdfunding campaign “Plant a vine in Barcelona” that L’Olivera launched through the Goteo.org platform. This will allow the replanting of the 3 hectares of vineyards in Can Calopa thus making this project viable in the long term.

After geing replanted, the vineyard has been grafted this summer after a long process of stydy and a historical search for the varieties that formerly existed in the area before first phylloxera, and later industrialization, ended the existence of the vineyard in the Collserola Natural Park. It seems that, according to different historical studies, white grape varieties predominated in this peri-urban area, including one of the majority, Xarel·lo, also called Pansa o Pansalet, which was the variety finally chosen for grafting. It is also a variety that adapts well to the fresh conditions of the farm, and with slow maturation thanks to the presence of the sea breeze during the summer. 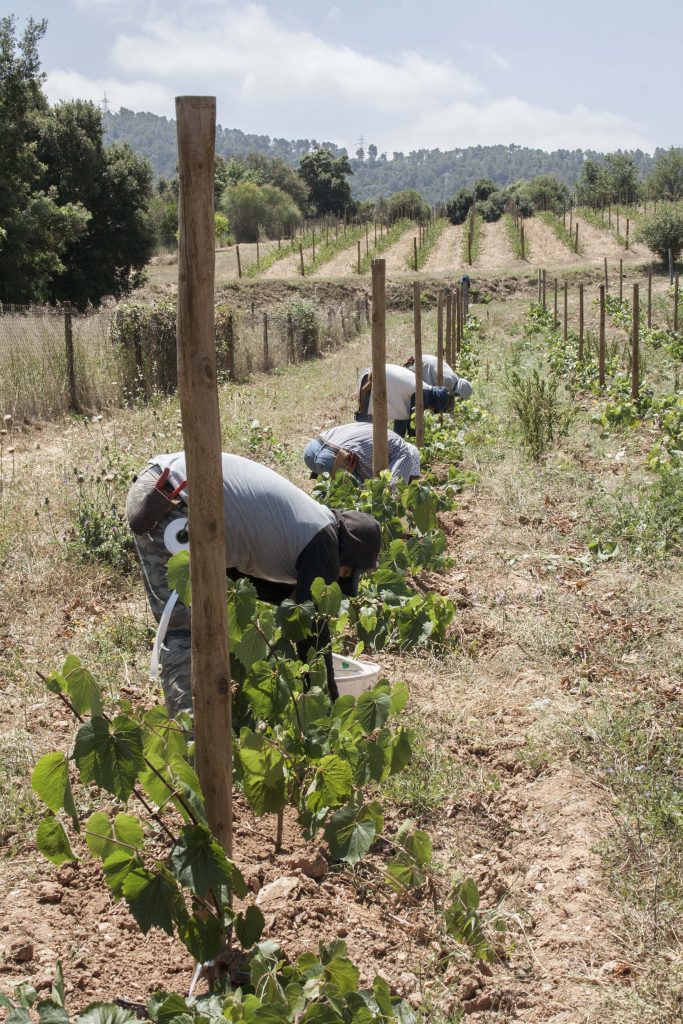 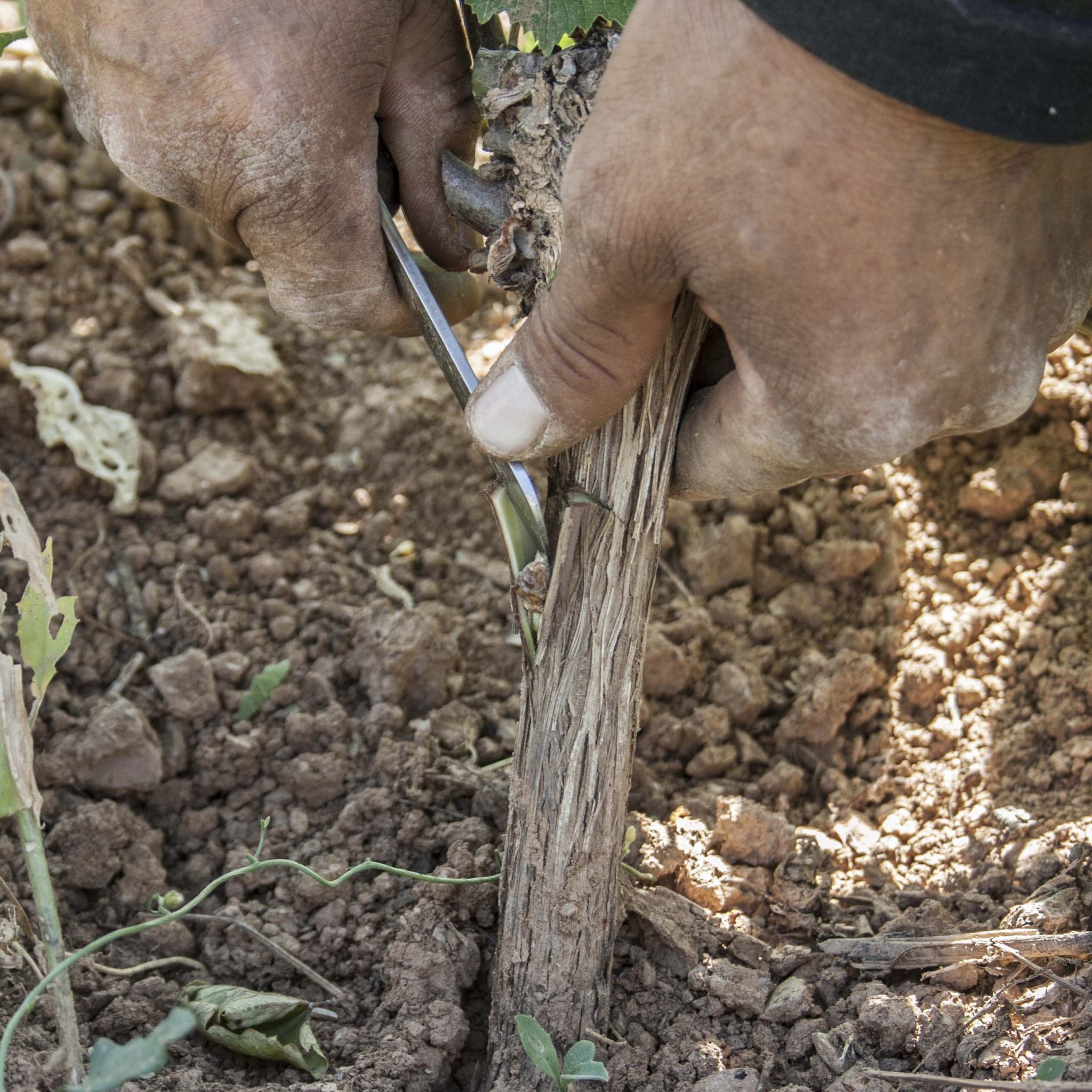 To make the graft, Xarel·los from four different origins have been selected, some of them from the plots that L’Olivera has in Vallbona de les Monges and others from the Penedès area. Thus, the first white “Vinyes de Barcelona” that will come out ot these estates will be a Xarel·lo monovarietal although, in the future, the goal is to plant more white varieties with the idea of making a coupage in this new white estate wine. If the forecast are fulfilled, the first harvest of this new vineyard will be in 2023, when the first vintage of this new white wine will be produced, a maximum of 700 bottles.

L’Olivera is now working on refining the winemaking process, which will try to follow the line of the wines it already produces and its effort to express the terroir to the maximum.

The objective: the only vineyard in the city of Barcelona viable at a productive level

The Can Calopa de Dalt farmhouse is one of more than 150 farmhouses that are scattered in the Collserola mountain range, which, with more than 4 centuries of history, is today a living testimony of the agricultural past of the city of Barcelona. The vineyard had been one of the traditional crops in the area, the protagonist of the socioeconomic environment of the territory, until the end of the 19th century, when its decline began with the arrival of phylloxera. With industrialization, and the consequent proliferation of factories and industrial estates in the metropolitan area, the urbanization process of the territory meant the definitive decline of the vineyard and the loss of the cultivation fields that still remained in the mountains. Currently, only 2% of the territory of Collserola is put to agricultural use, while in 1950 it made up 21,5% of the territory. The vineyard accounts for only 0.05%. 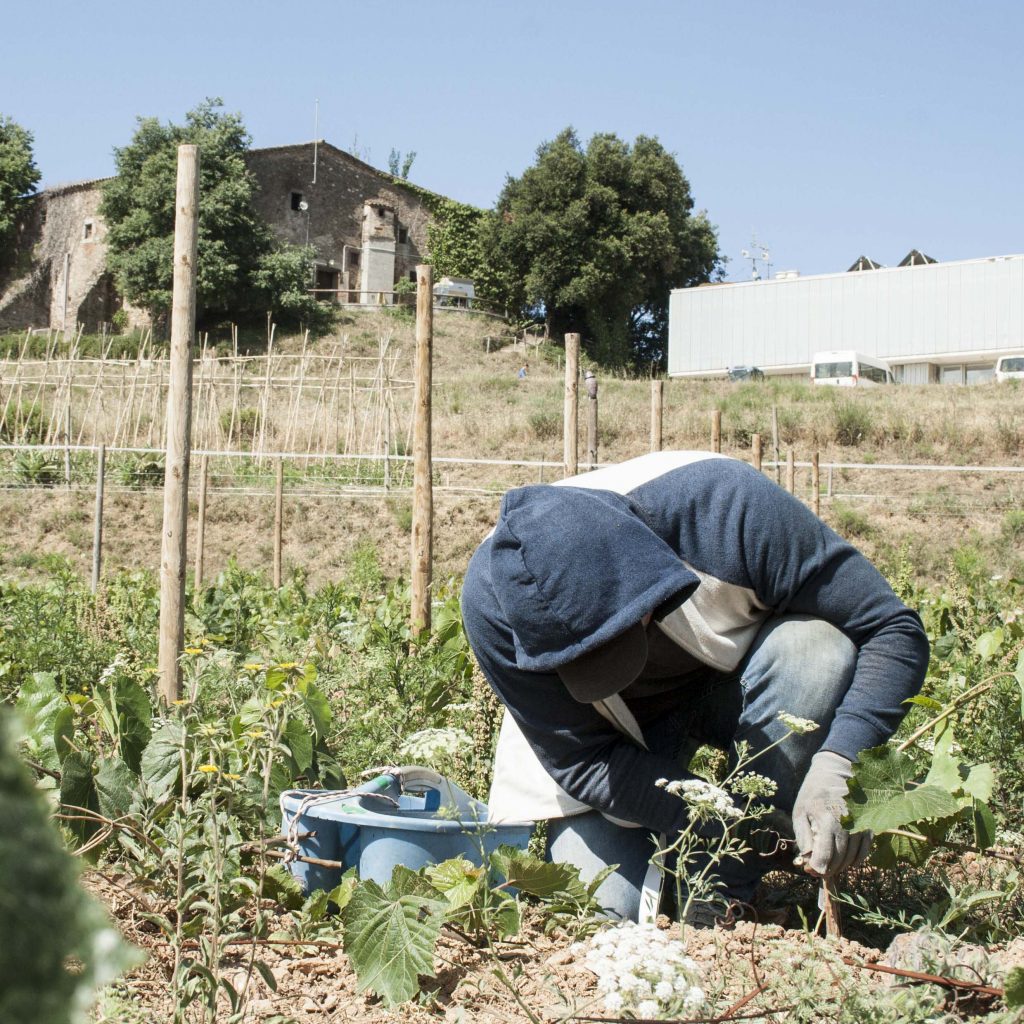 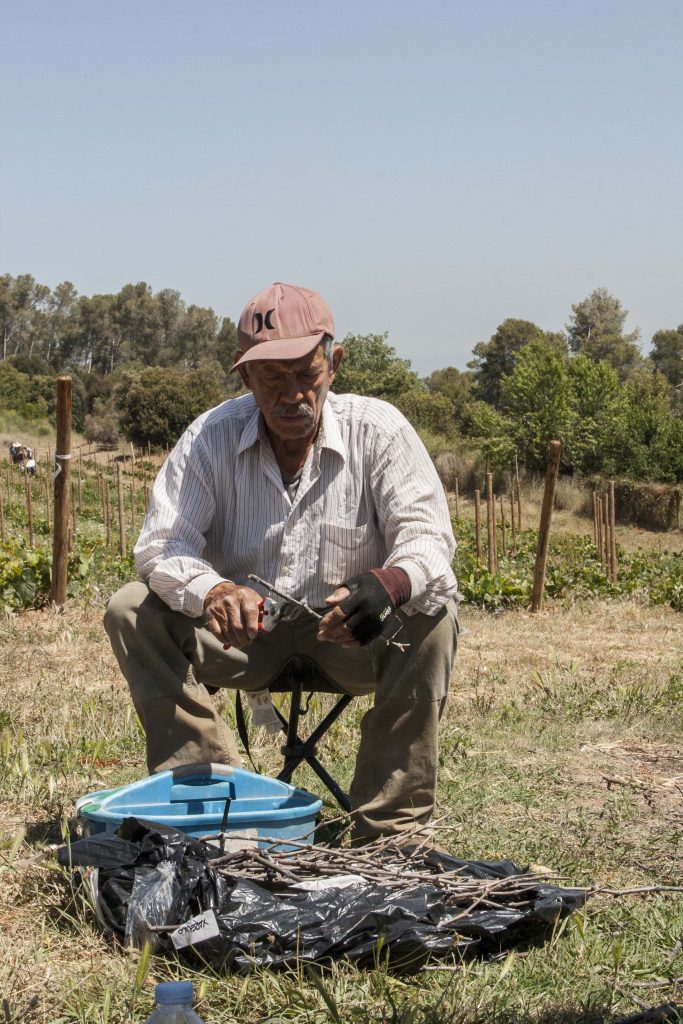 Replanting and grafting this vineyard therefore represents a guarantee that Can Calopa can continue to be an agricultural and social project in the city of Barcelona, rooted in the territory and contributing to the agroecological transformation of the Collserola Natural Park, as well as to the preservation of the landscape and historical heritage. But, in addition, it is also the consolidation of this oscial agriculture project and this agricultural model that unites territory and people in a productive sustainable project.