The Macabeo has been, and is, one of the traditional varieties with which L’Olivera has worked with the most in its more than 40 year history. It is with this variety, together with Parellada, that we decided, in the second half of the 1990s, to stard making sparkling wines, taking advantage of the knowledge and experience gained in making still wines with the Macabeo variety as a base.

Now, L’Olivera goes on step further in its approach to its sparkling wines to highlight all the word done with de Macabeo, and it does so by changing the profile of its high-end sparkling wine, L’Olivera Reserva Superior. Thus, this sparkling wine changes its character and if until now it was made with Macabeo and Parellada, now, in the 2018 vintage, it becomes a Macabeo monovarietal, thus continuing the same commitment begun in the production of monovarietal still wines. In fact, this was the plan that was developed during the 2018 harvest, when it was already decided to take a selection of Macabeo from the Vallbona de les Monges plots to dedicate them to the production of this monovarietal sparkling wine, which seeks to combine the fresh and at the same time complex character of the L’Olivera Macabeos.

In addition to the selected harvest, the new Reserva Superior from L’Olivera is launched on the market with organic certification, thus becoming the first organic sparkling wine from the Vallbona de les Monges winery, which has always made a firm commitment to sustainability and respect for the landscape.

In total, in this 2018 vintage, just over 5,200 bottles of Reserva Superior sparkling wine have been produced, which retain all the expression of the Macabeo that is grown in this dry landscape of Vallbona de les Monges: the sea breezes and the deep soils allow the grape to maintain its freshness, and this is evident in the wine’s acidic structure which is characteristic of L’Olivera wines. With a light aging in the barrel, this sparkling wine allows us to appreciate a certain evolution, with a good integration of carbon dioxide, fine bubbles and touches of brioche thanks to an ageing process of more than 24 months that make it both a complex and mature sparkling wine.

Coinciding with its change in profile, this sparkling wine is launched on the market with a new image, the work of the Barcelona design studio Clase_bcn,which makes a commitment to sobriety and elegance with a minimalist spirit. An aesthetic that plays with subtlety to reveal, behind an apparently white and neutral image, more complex elements. Like the wine itself, subtle and elegant at first, mature and complex afterwards.

Like most L’Olivera wines, all the bottles of this new sparkling wine are individually numbered, and the label also includes technical data such as the date of tirage and disgorgement, in a clear desire for transparency and authenticity that L’ Olivera always tries to convey through its labels. It is, in short, one more effort to convey via the image the value of manual and artisanal work, on a human scale, which is a central tenet held by L’Olivera.

The new L’Olivera Reserva Superior is now available for sale and can also be found in the L’Olivera online store. 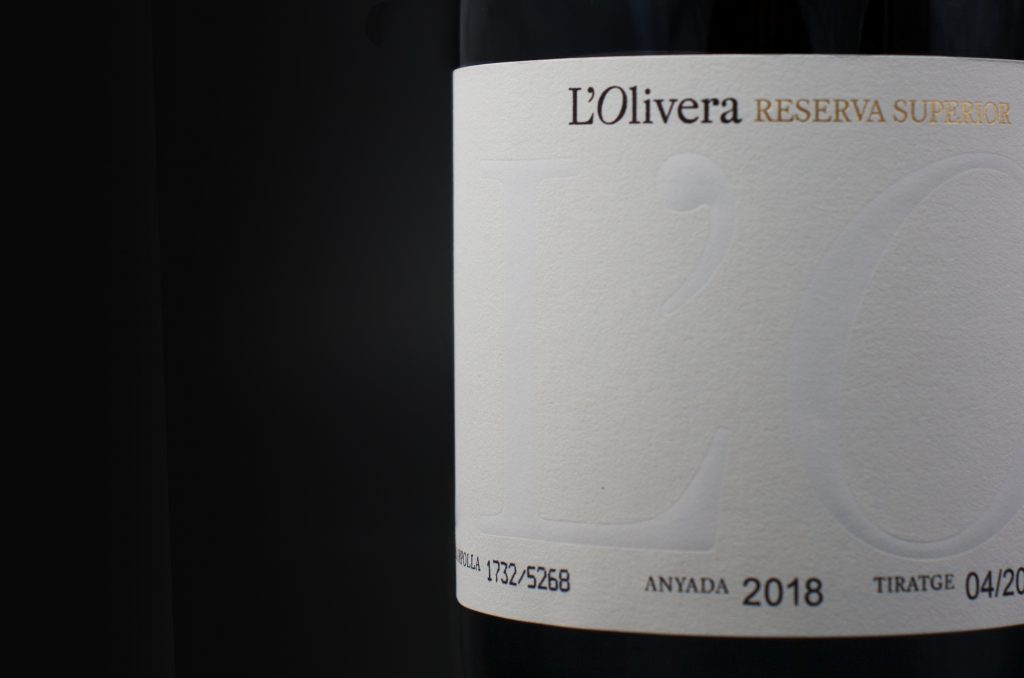 Go to the shop