We are stubborn at L’Olivera. Stubborn like the grapevines that survive in our dry land. Stubborn like the winter fog and stifling summer middays. Stubborn like the hope that drives us to make a project like ours work, often running up against values the new times impose.
This stubborn and persevering character produced the first red wine from L’Olivera, released in 2008 after 20 years of white wine production. A wine that emerges from tough harvests, with dreams like those of the headstrong people behind it. Tossudes is a mature young wine with a careful blend of red grapes, aged in vats and bottles to achieve the refinement and maximum expression we aimed for. The result is a complex wine, with black fruit aromas and balsamic notes of deep wood and spices.
With Tossudes we want to take a step further in red winemaking, giving it the personality that has seen us persevere and get to where we are. A young and agile character that is at the same time mature and complex. That is L’Olivera. That is Tossudes: a universe experienced by and designed for people who are brave and headstrong.

ORIGIN: Vineyards from different municipalities in the Corb River Valley subzone of the Costers del Segre DO and family-run plots from around Bonretorn, on the southern side of the Prades mountain range in Tarragona.
SOIL: Chalky clay soil with variable levels of stoniness and depth.
CLIMATE: The climate is continental Mediterranean, with cold dry winters and hot summers tempered by the soft evening breeze blowing in from the sea that cools the night, particularly during the ripening season. The scarce rainfall is concentrated in autumn and spring (350-450 mm yearly).

Fermented under controlled temperature in pigeage vats with periodic punch-down of the skins. Aged for one year in the bottle.

Characteristics of the 2020 vintage

The 2020 vintage will be remembered for two reasons: the Covid19 pandemic and an exceptionally high rainfall (30-40% above average) during spring and summer, which brings us high plant growth and higher pressure of fungal diseases (mildew) that affected negatively the grape production. A hot summer and good climatic conditions during the harvest result in medium-high ripening and high fruit quality. 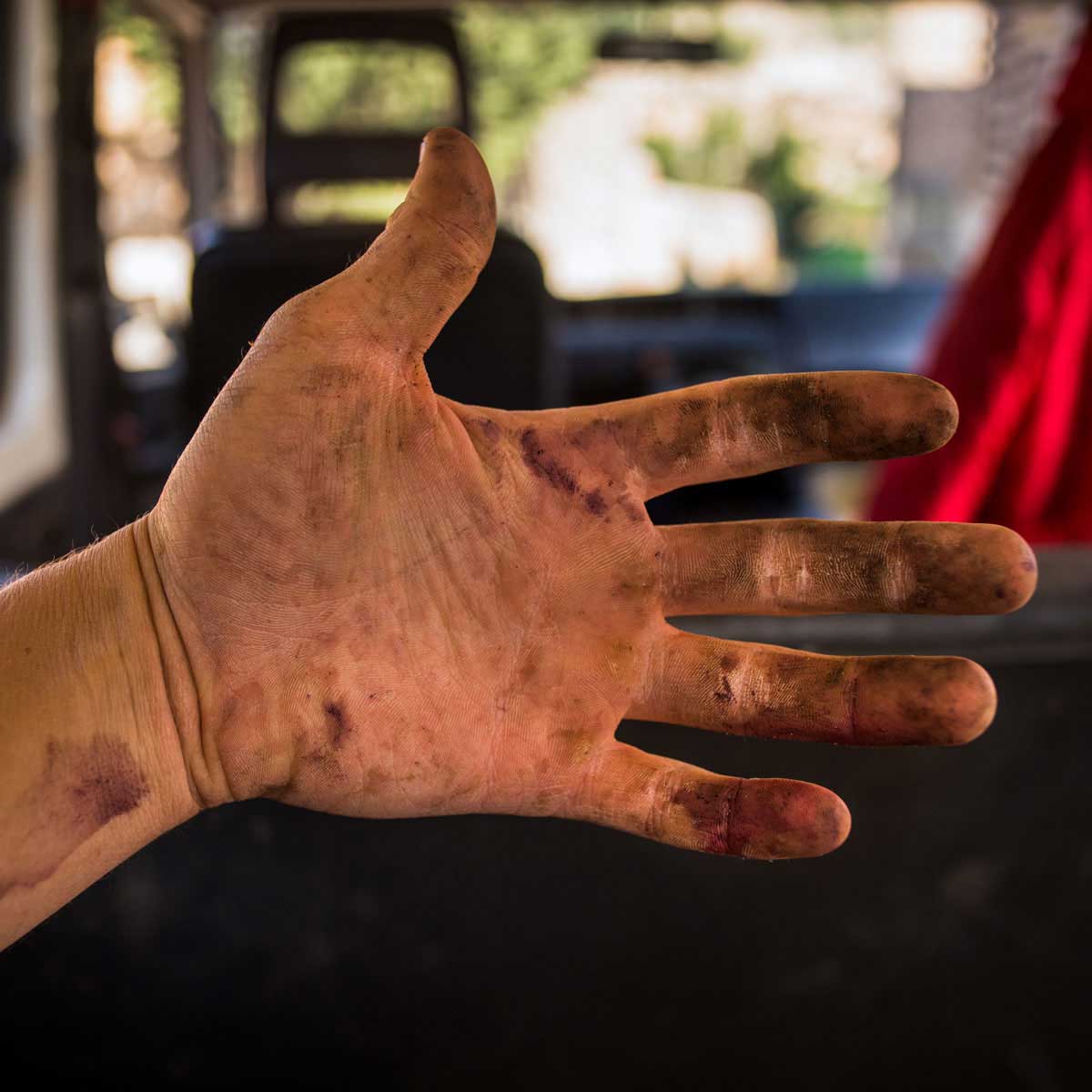 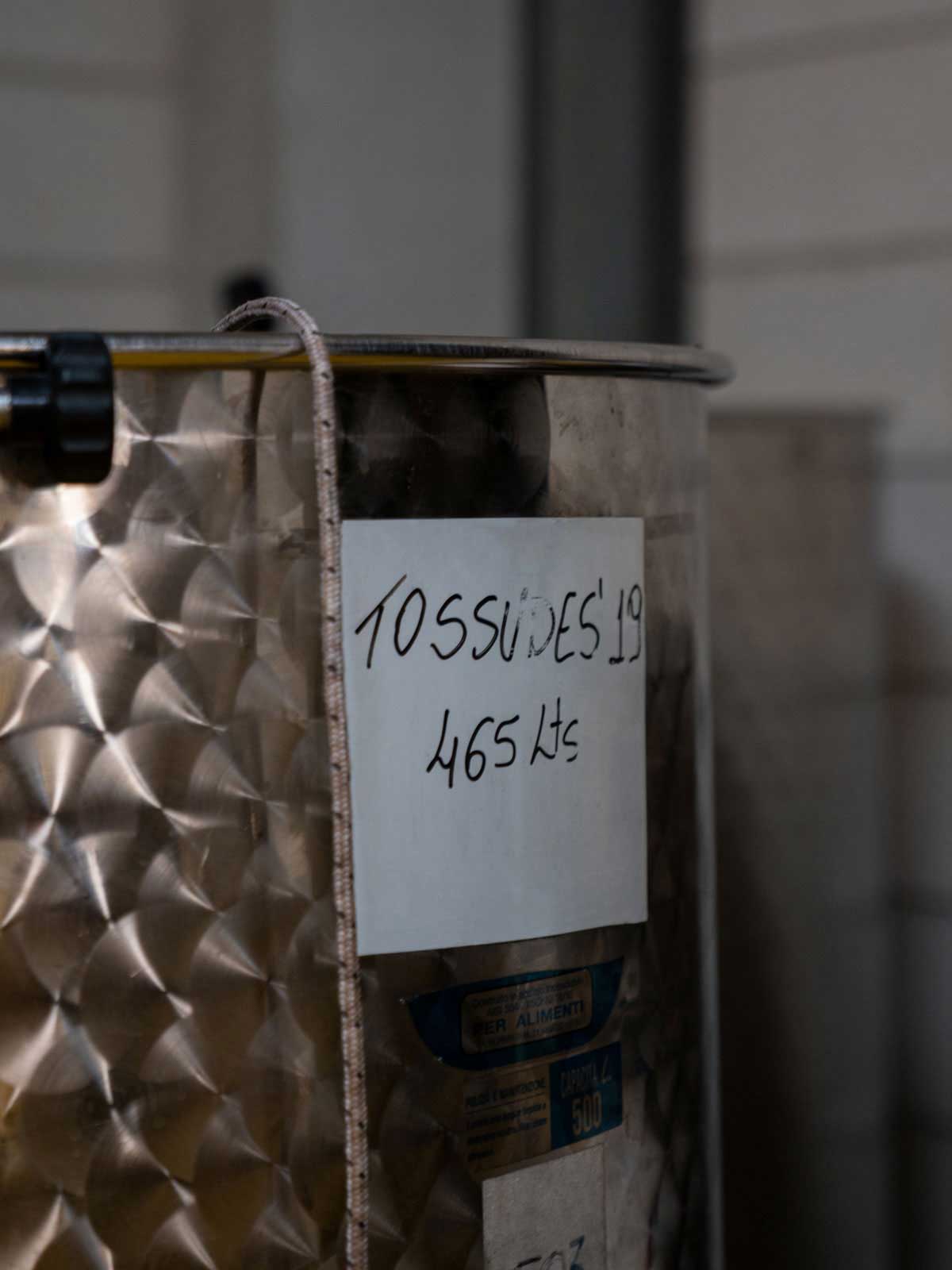 Certified organic dry land farming. Hand-picked into small crates of 10-12 kg; if necessary the grapes go through an on-table sorting process. The varieties are fermented in pigeage vats with periodic punch-down of the skins, which we combine with the odd open pump-over at the end of fermentation. We place the varieties separately in vats that we work on manually and at a controlled temperature to obtain mild extractions. During the blending process we decide what proportion of each variety to use to produce Tossudes.

Fresh, with an intense aroma where the floral notes (violet) and fresh black fruit stand out. Also presence of vegetable notes, such as pine leaf and balsamic. In the mouth, the aromatic herbs and a spicy point stand out on an undergrowth background, in an agile, fresh and fruity wine.
Tossudes goes well with rice dishes, pasta and mushroom dishes. It also goes perfectly with grilled meat and vegetables.