We are launching a new vintage of Vinyes de Barcelona, 2019, which reaches the market with a new image that is the graphic evolution that also reflects de changes that L’Olivera is developing with this wine, the only one born in the city of Barcelona.

We end the year 2021 by premiering a new vintage of Vinyes de Barcelona, 2019, a new cycle in this peri-urban agriculture project that has been at the heart of Collserola for more than 10 years. A new vintage that is also another step in the evolution of this wine and its production, which speaks about how we work to make Can Calopa a productive vineyard, which takes steps towards sustainability and the recovery of agricultural activity linked to big cities.

This new vintage also arrives with a revamped image. But rather than a change, it is an evolution, the same evolution that the wine has undergone and that now, vintage after vintage, we want the label to reflect. Continuing, therefore, with the previous concept, the new label is presented as a story, which through photographs presents everything that is behind the wine: tha hands that make it possible, the cellar where it is made, the envirionment where it is born. Because behind the wine there are stories that tell us about identity. And in the case of Vinyes de Barcelona, it is a singular identity, that of the only wine that is born in the city of Barcelona, in an urban environment and with a social agriculture project that is the basis of the L’Olivera in Can Calopa project.

In fact, the Vinyes de Barcelona labels have always been one of its identifying features. Claret Serrahima, founder of the Clase-bcn design studio and with close ties to L’Olivera, was the creator of the first labels, known by the letter “B” of artists such as Ràfols Casamada, Perico Pastor, Antoni Tàpies or Frederic Amat. These labels, part of an institutional commission, give way to the current ones, the work of Daniel Ayuso, partner and creative director of Clase-bcn, with a groundbreaking image and focused on a more social and visual strategy. 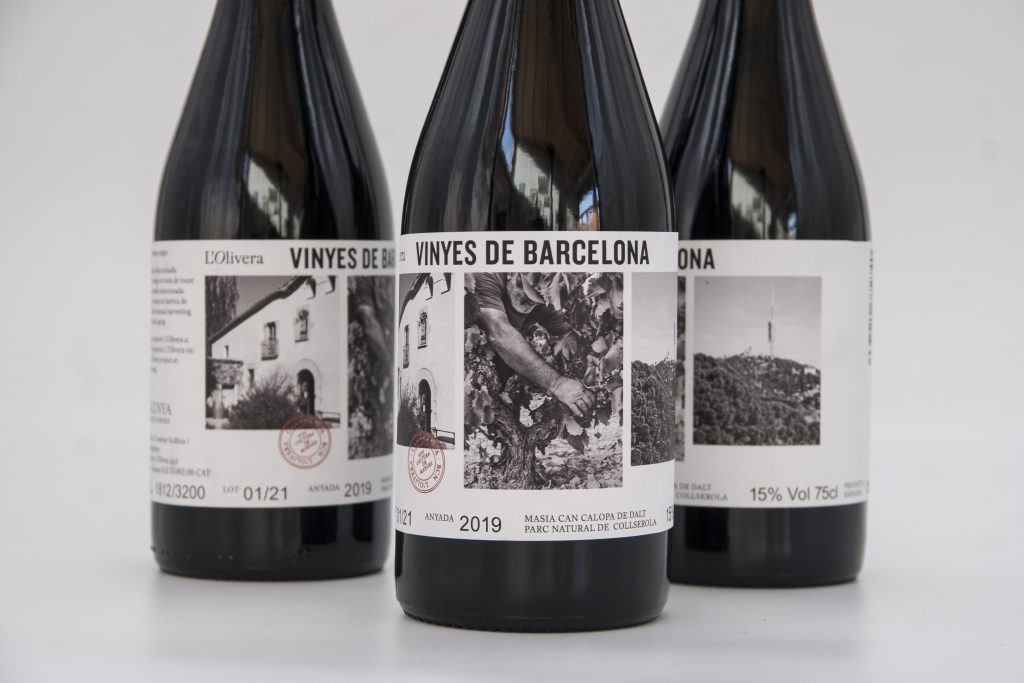 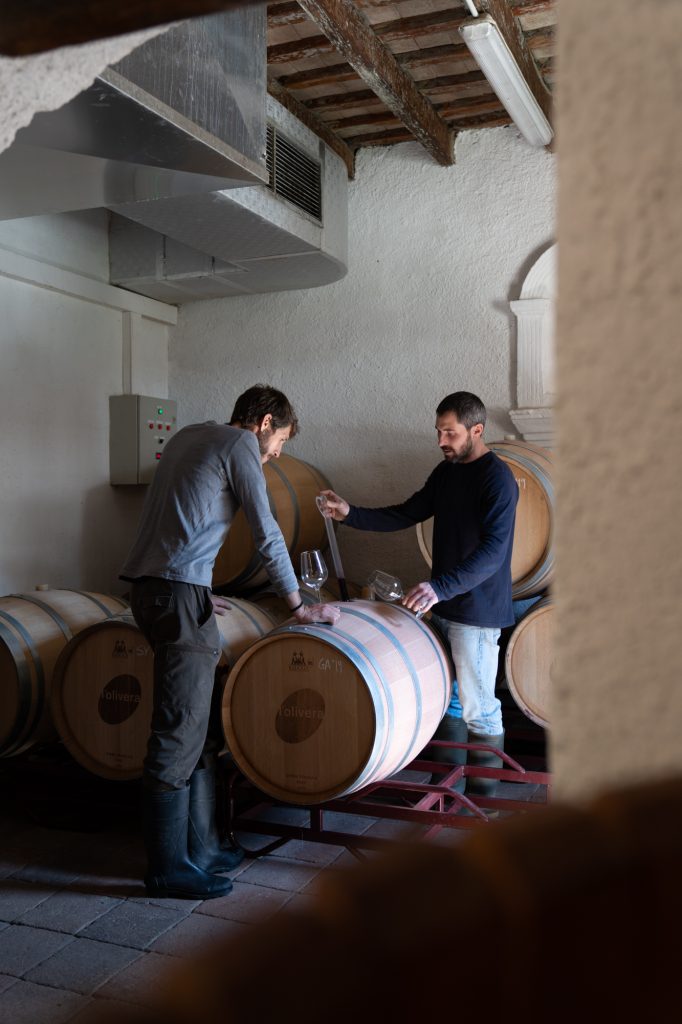 Some 3,200 bottles of this wine come out of the Can Calopa cellar, a coupage of two Mediterranean varieties, Syrah and Garnacha, two of the varieties that remain on the Can Calopa estate after the year L’Olivera began the project to rethink the farm, which forced the uprooting and replanting of some plots of varieties that had not adapted well to the local conditions.

The 2019 vintage of Vinyes de Barcelona is characterized by its fresh and agile yet complex profile. Each variety is harvested by hand and fermented separately, with a period of 12 months in the barrel in the case of the Syrah. On the nose its aromatic intensity stands out, with notes of ripe black fruit on a lightly spiced balsamic background. On the palate it is an enveloping, silky wine, with fine and elegant tannins. We find the balance between the fruit, the freshness of the terroir and notes of evolution over time. In short, an ideal wine to accompany all kinds of meats, stews and cheeses. We recommend it, above all, with the oven-baked Collserola lamb casserole with potato parmentier.